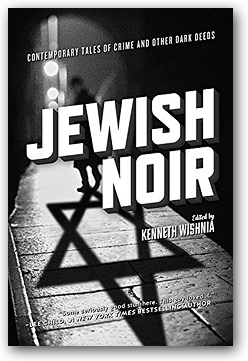 Contemporary Tales of Crime and Other Dark Deeds

"I never sleep well under mortar fire. Last night was no exception. The flares hadn't helped either, night shining like day."

So opens Good Morning, Jerusalem 1948. Presented in the first-person voice of 26-year-old Yitzhak Rabin, the story opens at his command center in Yemin Moshe on the Western slope of the Hinnon Valley across from the Old City of Jerusalem, where the Jewish Quarter is under siege. As a young commander in the Palmach, the elite strike force of the Jewish militia, the Hagganah, Rabin is struggling to come to grips with the fact that the Quarter will soon fall, and with it, an almost unbroken three thousand year history of Jewish life in Jerusalem will end. Rabin's concerns are redirected when he receives a dispatch concerning the capture of a mysterious woman, who was apprehended crossing the battle lines from East to West Jerusalem. As Rabin interrogates the strange and alluring prisoner he becomes increasingly disconcerted by what he learns from her about Jerusalem and about his own future.

Yemin Moshe (The Montefiore Alms-House)
My temporary quarters is one of twenty-eight small shotgun units within Yemin Moshe, a single-story housing block on the western slope of the Hinnon Valley… The place was built by a rich British-Italian Jew, Moshe Montefiore, about a hundred years ago to serve the poor Jews of Jerusalem. It still does, but not now—not with the fighting over the past year. They moved further into West Jerusalem, and we moved in. We’re the Palmach, the elite strike force of the Jewish militia, the Hagannah, and Yemin Moshe, with thick limestone walls and its proximity to the Old City, serves us well.

Mount Zion
I lean back in the chair and look across my room at the sandbagged window. If it weren’t blocked up I’d be looking across the Hinnon Valley at the Dormition Abbey on Mount Zion and at the walls of the Old City just beyond. Only a few hundred yards away, it may as well be a few hundred miles away.

Hinnon Valley
We face the walled city, about a quarter mile away... I keep a pair of heavy green binoculars on a peg by the window, and using one lens I peek through a narrow gap between the sand bags, scanning the crenelated battlements along the top of the wall. I don’t see any snipers. 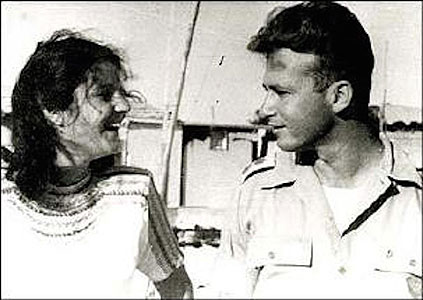 Yitzhak & Leah—Their wedding
I wonder when I’ll see Leah again. She’s doing clerical work at the Palmach operations center in West Jerusalem and we haven’t spent more than a few hours together since my brigade was moved to this forward position three weeks ago. She came by to visit last week toward evening, but she couldn’t spend the night. We had a good time for a few hours anyway. And we had the talk about getting married, that is, if we both live through this. 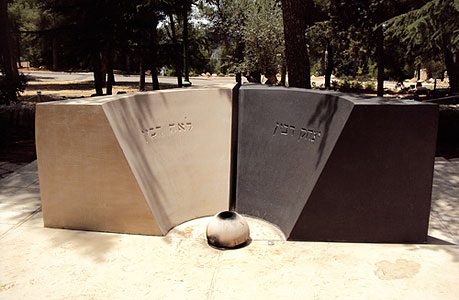 Yitzhak & Leah—Their marker
"No, Yitzhak. That’s the enemy you know. That’s the enemy you expect, in one form or another, with or without former SS among the Arab irregulars." She looks at me and I see depths of sadness in her serene brown eyes. She leans close and whispers, "You need to watch your back."